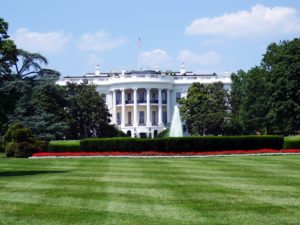 A review of the climate and energy actions the Biden administration can pursue in the first year of his term.

After accumulating climate wins during his First 100 Days we covered in our last blog, President-elect Biden will want to build off of this momentum throughout the rest of 2021, before policymakers in Congress look ahead to the 2022 mid-term election. This section looks at what climate action is possible during this time period.

In addition to COVID-19 response measures and infrastructure, there may be room for compromise on several other fronts later in 2021. Recently, Senator Chris Coons (Democrat, Delaware) indicated that he is in the “finishing stages” of negotiating carbon pricing legislation that, he predicted, would be supported by “three, four or five Republican senators” next year. Coons added that he thinks “we’re moving toward a place where a carbon fee is supported by industry, by advocates, and by Republicans.” If Senator Coons is correct, a carbon pricing bill could pass even in a divided Congress. However, even with the support of industry and five Senate Republicans, the filibuster could frustrate proponents’ hopes. There are unlikely to be 60 votes for a carbon price in the Senate. Moreover, even if there were, Senate Majority Leader McConnell would likely block a vote on a carbon price bill, assuming Republicans maintain control of the Senate, as is expected. McConnell would only allow a vote on a carbon price if a majority of Republicans support it, and that is highly unlikely to happen soon.

Bipartisan support for a range of natural climate solutions appears to be unlikely due to extreme gridlock in Washington. Congress approved two major pieces of conservation legislation in the past year, the Great American Outdoors Act and the America’s Conservation Enhancement Act, but Republicans may have little incentive to cooperate now that the election is over and a Democrat is in the White House. Indiana’s two Republican senators, Mike Braun and Todd Young have released a new tree planting bill similar to a Republican House bill. There is  significant support among Republicans for tree-planting efforts, but it is unclear if Republicans will invest time and energy to advance any bipartisan efforts on this issue.

There may be bipartisan support for a number of narrow measures, including reforms to the National Environmental Policy Act and creating a government-run verification program for agriculture-related carbon offsets. Notably, the influential Farm Bureau (the lobbying arm of the agricultural community) recently joined with environmental groups to issue a climate policy statement calling on Congress to enact legislation with economic incentives for American farmers to provide climate solutions. Given the broad business and environmental community support for these measures, new climate programs for farmers are likely, although the next major opportunity for action may not occur until 2022 when the U.S. “Farm Bill” is reauthorized. The Farm Bill is the major piece of legislation influencing U.S. agriculture, and Congress approves it approximately every four to six years.

In addition, should Democrats win both Senate seats in Georgia, they may try to enact major climate policies through budget reconciliation. There are several restrictions on the types of policies Senators can enact in this process,  so Democrats would not be able to do everything they want on climate change through reconciliation. For example, they may not be able to enact a clean energy standard that would require states to generate all their electricity from clean sources by 2035, a goal President-elect Biden embraced during the campaign.

However, there is much that the rules do permit. For example, Democrats could enact a carbon tax and use the revenues to fund subsidies for electric vehicles, fund local governments reeling from revenue losses during the Covid-19 recession, or directing dividends to citizens. They could also create a program to require utilities that produce less than a set percentage of their electricity from renewables to pay fees and giving rebates to those that produce more than that percentage. Another possibility is to create a federal green bank that would fund renewable infrastructure, grid improvements, high-speed rail lines, etc. In light of the pressures they will face from activists and voters to do so, even wary Senators may come around to the prospect of using reconciliation to drive climate action.

Implement more stringent auto efficiency standards — With transportation as the largest source of carbon emissions in the United States, the administration will want to set long-term standards in order to move the country toward net-zero by 2050. President-elect Biden will likely return to the Obama-era standards through 2025 (which the Trump administration rolled back), while also setting new standards for 2026-30 vehicles. The auto industry may push back, citing costs.

Finalizing the new standards will likely be drawn out, as the Environmental Protection Agency (EPA) and Department of Transportation (DOT) will have to harmonize their rules. The administration will also use its authority in DOT to invest in EVs, charging stations, and public transit to meet its goal of targeting 2035 for only EVs to be sold in the United States.

Develop new methane standards — After the Trump Administration’s roll back of methane rules, President-elect Biden will move to reinstate them through the Department of the Interior in order to reduce emissions from oil and gas production. The oil and gas industry, which accounts for more than a quarter of U.S. methane emissions, is mostly on board with these rules as regulatory certainty outweighs the extra costs.

Regulate power sector emissions — The Obama administration’s Clean Power Plan (CPP) was held up in court and replaced by a new rule in President Trump’s EPA. President-elect Biden will repeal the Trump administration’s plan, called the Affordable Clean Energy Rule, and replace it with a more ambitious rule than the CPP, with the goal of achieving net-zero in the power sector by 2035. So far, the incoming administration has yet to provide specific details, but any new plan will likely face significant court challenges, similar to the CPP.

In regulating the power sector, the EPA will likely use the Clean Air Act as the main tool to regulate emissions. “…You could go a lot further under the Clean Air Act at a very reasonable cost in a second version of the Clean Power Plan,” said David Doniger, senior strategic director of the climate and clean air program at the Natural Resources Defense Council. However, President-elect Biden will want to meticulously write the rule to strengthen arguments in court challenges so it doesn’t face the same legal challenges as the CPP.

Require mandatory climate risk disclosure for companies and investors — The Biden team will make transparency in the private sector part of its climate agenda. It can do this through the Securities and Exchange Commission (SEC) and other financial regulators. His Secretary of the Treasury could direct the SEC to go through the rulemaking process to develop a framework for disclosing climate risks.

The Federal Reserve recently labeled climate change as a growing financial risk for the first time, signaling that it may begin regulating financial institutions on their exposure to the effects of climate change. Besides the SEC and the Fed, agencies such as the Commodity Futures Trading Commission (CFTC), the Federal Deposit Insurance Corporation (FDIC), the Financial Stability Oversight Council (FSOC), among others, could also adopt climate-risk regulations.

Reveal New NDC at COP26 – At COP26 in Glasgow, the Biden administration will want to build off of the momentum from rejoining the Paris Agreement and his early climate meeting with world leaders, should it happen. Senator Chris Coons (Democrat-Delaware) said that he and his colleague Mike Braun (Republican-Indiana) plan to lead a “large, bipartisan delegation” at the COP and articulate that the United States “recognizes climate as an emergency, as an existential issue.” President-elect Biden understands that the rest of the world will have high expectations of the United States at the COP.

At the COP, besides likely releasing its new NDC, which will rely heavily on new regulations and advances in research and development and expected to be more ambitious than the Obama target (but may extend to 2030 instead of 2025), the United States will look to find ways to collaborate with other countries, particularly on technology transfer, forest preservation, trade, and ways to limit coal financing.

After COP26 Biden will likely look to continue to build on his climate agenda as his executive actions and initial legislation start to take effect. Relieving America of its Covid-19 health crisis and recession through climate action is a recurring theme in Biden’s rhetoric and is likely going to play a major role in the rest of his term and Democrats’ plans for the 2022 mid-term elections. To see how climate became such a major issue for the Biden administration and what climate action may look like across his entire term see our other blogs covering his election win: