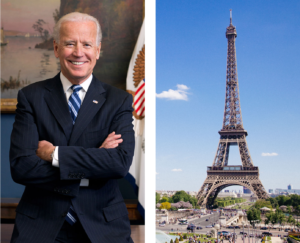 Facing a potentially split Congress, the left is advocating for Biden to push an ambitious agenda within his first one hundred days in office.

The Biden administration has made climate a top priority in its discourse and hiring of senior staff. Republicans have already signaled that they will take up a focus on ending deficit spending and could seek an obstructionist strategy for Biden they deployed against President Obama.

Still, Biden will look to move quickly on climate within the first 100 days of his administration, but most changes will likely take place through executive action in order to bypass Congress. The first 100 days typically provide presidents the greatest opportunity to set the agenda in Congress, in the agencies, and for foreign policy. It looks like Biden has tasked his team to begin taking action to establish a foothold across each sector in earnest. Here are the actions he may pursue first:

As the Biden administration plans to rely heavily on executive orders and regulatory authority given that congressional action will be limited, the first 100 days will be busy in this area. Critically, the executive branch has the power to set standards for sectors that emit the most carbon, such as transportation and power, based on the 2007 Supreme Court ruling that the Clean Air Act applies to greenhouse gas emissions. “Our administration will deliver on the goals of the Clean Air Act, while meeting this moment in history to address the climate crisis,” the Biden-Harris transition team has said. President-elect Biden plans to move forward on a long list of executive actions at the beginning of his presidency. Here are some of the major actions:

Back to Paris with NDC 2.0 – On foreign policy, the Biden administration will have a lot more freedom to maneuver without courts or Congress thwarting action. While President-elect Biden has made clear that the United States will rejoin the Paris Agreement on his first day in office, he has not articulated his strategy for developing a new NDC. In the first 100 days, the Biden administration will likely begin an internal process for updating the current NDC, with the intention of announcing an ambitious 2030 target at the Glasgow COP.

Ban New Leases and Permits for Fossil Fuel Activity on Federal Lands — Through the Department of the Interior, the Biden administration could simply move the agency staff that oversees leases and permits to other work, effectively stopping them. An executive order to block new leases and permits would only impact federal lands, not state or private lands. Moreover, current leases and permits would not be affected. An analysis from Resources For the Future says that stopping new production on federal lands would cut greenhouse gas emissions by 85 million to 147 million tons of CO₂ equivalent per year.28

Reinstate California’s Waiver to Set its Own Standards Under the Clean Air Act — The Trump administration has been trying to revoke California’s right to set its own vehicle emissions standards, and the incoming Biden administration is likely to reinstate the waiver right away. The Clean Air Act gives California this authority since the state deals with persistent air pollution problems. It is unclear whether California will instantly return to the 2016-25 standards before they were changed by the Trump administration or move forward with brand new standards. Whatever the case, the state will likely harmonize its standards with the EPA and the Department of Transportation (DOT) so there is not a patchwork of regulations, which would bring criticism and backlash from the auto industry.

Give National Environmental Policy Act (NEPA) a Backbone — Biden plans to direct agencies to lengthen their review of new infrastructure, such as pipelines, and take into account the greenhouse gas impact of these projects. The reviews will also likely take into account the impact of these infrastructure projects on local communities, allowing for NEPA to be a tool the administration uses to address environmental justice issues.

Make Diplomacy Great Again — President-elect Biden will also look to convene world leaders for a climate summit early in his administration. This meeting would seek to get leaders of major emitters to take more aggressive action to curb emissions, potentially framed around the urgent issue of green recovery in the wake of the COVID-19 pandemic. Like rejoining Paris, this convening would send a signal to the rest of the world that the United States wants to lead again on climate in contrast to the past four years when other countries, including China, have moved forward with stronger commitments. Biden would also leverage this meeting and other instances of international collaboration to advance his domestic climate agenda. Biden has yet to lay out a specific agenda or model for this meeting.

Regardless of executive actions, there are many priority items on Biden’s agenda that will require Congress. While he may pursue an aggressive executive agenda, the administration will also have to juggle several crucial legislative priorities that can’t wait until later in his term.

COVID First — President-elect Biden’s first legislative priority will be signing a COVID-19 response bill, part of his “Build Back Better” plan. This plan includes efforts to bolster coronavirus response in the United States and address the related economic downturn. President-elect Biden will push for funding for renewable energy expansion, an extension of tax credits for the renewable energy industry, and research and development of clean energy. There is a push for a new relief bill at the end of 2020, but it is unlikely anything that passes before his administration begins will be adequate for Biden.

In addition, the Biden administration will push Congress to create an enforcement mechanism for the U.S.’s NDC, establish a greenhouse gas emission reduction milestone for 2025, make major investments in clean energy, climate research, and green innovation, and incentivize the uptake of green energy nationwide. Congress will then need to spend time researching and drafting legislation before enacting any part of this mandate. The degree to which legislators are able to respond will depend largely on the outcome of the Georgia special elections and which party wins the majority in the Senate.

If Republicans control the Senate, the Biden administration may not be able to enact a large fiscal stimulus measure or, if they can, it might have provisions that Democrats do not like, such as tax cuts for businesses. Moreover, any green initiatives would likely be watered down or completely nixed in a stimulus bill.

Infrastructure Season Dawning Again — In recent weeks, President-elect Biden has also indicated that he wants to pass an infrastructure bill in the first 100 days of his administration, but that is unlikely to occur if the Republicans hold onto the Senate.

The infrastructure bill that Democrats are promoting includes a number of climate measures, such as funding for mass transit, renewable energy infrastructure, electric vehicle charging stations, and grid improvements. House Transportation and Infrastructure Chairman Peter DeFazio (Democrat-Oregon) has suggested that the “Moving Forward Act”—a $1.5 trillion green infrastructure bill the House passed in July—could be a model for the Biden administration’s efforts. But the bill won’t pass the Senate in its current form regardless of which party holds the majority.

Republicans are likely to make the massive national debt a major issue once President-elect Biden takes office, curtailing the chances of green infrastructure initiatives passing. However, if an infrastructure bill were to pass, its environmental components would be significantly pared down and additional provisions more palatable to Republicans would be integrated, such as support for carbon capture, utilization, and storage (CCUS) and nuclear power.

President-elect Biden’s actions during the first few months will set the tone for the rest of his administration and determine the impact of his climate policy. While there are other specific measures the administration will likely take during the first 100 days, President-elect Biden’s main goal will be integrating climate into decisions made across the entire federal government. To see how climate became such a major issue for the Biden administration and what climate action beyond the first 100 days may look like see our other blogs covering his election win: