Companies That Face Financial Risks Due to Deforestation in Brazil 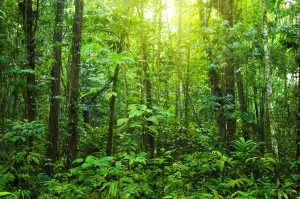 Matt Piotrowski identifies four private-sector actors that face various material, financial, market access, and reputational risks from possible connections to deforestation in Brazil. He argues that they also stand as a critical line of defense against aggressive plans from the Bolsonaro administration to expand deforestation.

Since President Jair Bolsonaro took office at the beginning of the year, his administration has, as expected, attempted to extend legal deforestation and undermine land rights protections for indigenous peoples. Environmentalists and indigenous groups are concerned that Bolsonaro’s plans to expand infrastructure, support agribusiness, and loosen regulations will result in increased land-grabbing and commercially-driven deforestation. In this context, the private sector — including the meatpacking industry, traders, retailers, and investors — will need to remain committed to zero-deforestation pledges in order to prevent further escalation of deforestation — both legal and illegal.

Last year, deforestation rates in the Brazilian Amazon reached the highest level in 10 years, according to data from the National Institute for Space Research (INPE). INPE has yet to publish full-year data, but the numbers through the first half of 2018 showed a 14 percent year-on-year increase, as a result of looser environmental regulations under the Michel Temer administration, a sharp increase in both soy and beef exports, and companies falling behind on zero-deforestation commitments.

One crucial step Bolsonaro has taken is changing the agency responsible for determining borders for native reservations. This responsibility now belongs to the Agriculture Ministry, after previously being under the purview of the National Indian Foundation/ Fundação Nacional do Índio, or FUNAI. The Agriculture Ministry is favorable to businesses, which could lead to increased land clearing for commodity production, putting indigenous groups at greater risk for displacement. The new head of the Agriculture Ministry, Tereza Cristina, was formerly part of the agribusiness caucus in the lower house of Brazil’s legislature. She is now in charge of land issues is against the Paris Agreement and measures to curb deforestation or protect indigenous reserves. The country’s Socialist Party brought a lawsuit against the administration to the Supreme Court at the end of January, but so far there has not been a ruling. Brazil’s 1988 Constitution guarantees the rights of tribes to their ancestral lands.

At the same time, Bolsonaro is seeking to open more land to mining. His Minister of Mines and Energy said in early March that the government would allow mining on indigenous lands, dealing a further blow to native groups and the country’s forests. Increased mining could incentivize the construction of infrastructure for transportation purposes, further increasing the chances of higher deforestation rates this year. Bolsonaro is likely to expand mining through presidential decree, which will bring about a showdown with opponents in the courts.

The following private-sector actors face various material, financial, market access, and reputational risks from possible connections to deforestation in Brazil. They also stand as a critical line of defense against aggressive plans from the Bolsonaro administration to expand deforestation. Despite the pro-business environment, the financial well-being of businesses and investors is ultimately tied to limiting deforestation-linked products in their supply chains. The following examples highlight the financial vulnerability of agricultural commodity companies currently operating in Brazil.

Meatpacker JBS, which has a long history of environmental violations, remains at risk of supplying deforestation-linked beef. After Bolsonaro took office, the company issued a statement reaffirming its commitment to the 2009 anti-deforestation agreement. However, a recent report from Chain Reaction Research (CRR) that detailed retailer Carrefour’s risks of sourcing beef linked to deforestation. CRR traced products to a high-risk slaughterhouse owned by JBS, the largest meatpacker in Brazil. This facility, based in Pimenta Bueno (Rondônia), has been labeled as “high” exposure to deforestation risks. JBS is a TAC signatory, which means the company is legally bound to buying cattle from areas that have been deforestation free since 2009.

As noted above, CRR’s report showed Carrefour’s connections to deforestation-linked beef and the financial risks involved. Selling products that are connected to deforestation could expose it to civil society campaigns that could ultimately impact Carrefour Brasil’s net revenues, possibly undermining market capitalization by 4 to 10 percent, CRR estimated. Carrefour has seen a bump in its stock price since November, rising by 40 percent, even though it has slumped recently amid weaker-than-expected fourth quarter results.

U.S.-based commodity trader Cargill updated its zero-deforestation policy for soy during the first quarter of this year, but fell short of providing sufficient specifics on how the privately held company will execute its plans. In its statement, the company said that it is targeting reducing deforestation in the “shortest time possible reconciling the production of soy with environmental, economic, and social interests.” Traders play a large role in reducing deforestation along agricultural supply chains given their positioning between producers and retailers. Cargill is not a signatory of the Cerrado Manifesto, which calls on downstream players and investors to commit to zero-deforestation programs. Despite being a private company, Cargill still faces reputational, market access, and financial risks from possible future loans with banks that have deforestation policies.

BrasilAgro, a soy producer, moved forward with legal deforestation at Fazenda Chaparral late last year. Despite the activity being legal, the publicly traded company could have to deal with a number of market access and financial risks. The company, which has a market capitalization of USD 227 million, supplies major traders — including Amaggi, Bunge, and Cargill — that have zero-deforestation policies. These traders could follow ADM’s lead — the U.S.-based trader cut off purchases from BrasilAgro in 2016, accelerating financial and business risks.

This post is taken from the  Climate Advisers Trust’s inaugural issue of its Brazil Newsletter, “Businesses Serve as Critical Line of Defense Against Deforestation in Brazil.” All issues of the newsletter can be downloaded here. To subscribe to the newsletter, please send an email to Matt Piotrowski – piotrowski@climateadvisers.com