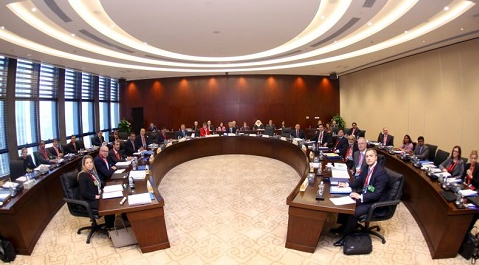 How the Asia Infrastructure Investment Bank Can Lead on Energy Efficiency

This weekend, the Asian Infrastructure Investment Bank (AIIB) officially opened its doors at an inaugural meeting and opening ceremony in Beijing.

The newest multilateral development bank on the block — newer, in fact, than the New Development Bank created by the BRICS (Brazil, Russia, India, China, South Africa) — AIIB is a response to old-guard development intuitions such as the World Bank and is China’s most ambitious attempt to help meet Asia’s multi-trillion dollar infrastructure investment gap.

Here are a few basic facts:

A massive infusion of investment is sorely needed. All over Asia, rapidly growing economies are spurring an enormous infrastructure boom that the Asia Development Bank estimated would need to be met with $8 trillion dollars in fresh capital by 2020. Existing institutions, both public and private, have thus far been unable to meet this demand and (geopolitics aside) a fresh influx of money will undoubtedly be welcomed in the region.

But, as they say, with great power comes great responsibility. From raw materials manufacturing to daily operations, infrastructure expansion is very energy-intensive. Energy based on traditional fossil fuels is not only unsustainable, but also undercuts the very development goals that infrastructure projects aim to achieve by driving climate change.

With its substantial political and financial influence, AIIB has the opportunity to help break the link between rising emissions and economic development. In fact, it can be more than a new development bank – but, instead, a truly new model of development finance that helps lead the global transition to smart and efficient infrastructure development.

How can it do this?

With few exceptions, development finance institutions are not yet taking a comprehensive approach to energy efficiency. That potentially locks in energy inefficient infrastructure and technologies in the developing world – and the higher financial and climate costs associated with their long-term operation. Given the scale of the Asia opportunity, AIIB can and should do better.