Press Release: Reactions to the Katowice Declaration on Forests for the Climate 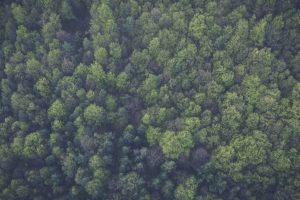 Katowice, Poland. On December 12th, The Polish presidency of the 24th Conference of Parties to the UN Framework Convention on Climate Change (COP24) will announce The Ministerial Katowice Declaration on Forests for the Climate.

The declaration is expected to be endorsed by many developed and developing nations. Under the declaration, governments pledge to accelerate actions to protect and restore forests, which they describe collectively as a “key component to achieve the goals of the Paris Agreement” and as producing many additional benefits. Those benefits include enhancing water security, improving air quality, protecting human health, empowering indigenous peoples and other forest-dependent communities, and safeguarding biodiversity and critical natural habitat.

Nigel Purvis, CEO of Climate Advisers and former senior U.S. climate negotiator in the Clinton and Bush administrations, said “The Katowice declaration on forests is helpful but insufficient. While Poland deserves credit for raising the visibility of forests in global climate talks, the world needs action.” Purvis noted that the latest scientific findings indicate that forests and other natural climate solutions could provide at least thirty percent of needed climate action now. Yet, Purvis said, “natural climate solutions tend to receive a trivial amount of political attention and climate funding.” Purvis noted that “many governments endorsed the 2014 New York Declaration on Forests, which set the goal of cutting deforestation in half by 2020 and yet today deforestation rates are actually rising.” Purvis also cautioned that “forests and other natural climate solutions should not be seen as reason for delaying rapid decarbonization of the industrial economy, including moving beyond coal.” He emphasized, “Meeting the goals of the Paris Agreement requires rapid progress on both forests and coal.”

Peter Graham, Managing Director of Climate Advisers’ forest and land practice group and a former top Canadian climate negotiator on forests, called the Katowice declaration “a step forward.” He noted, however, that “saving forests is a race against time that will require many steps taken quickly.” Graham noted that the Katowice declaration begins to respond to calls by NGOs and scientists issued at the Global Climate Action Summit in California this past September. At that time, a diverse coalition of civil society groups called on governments to make natural climate solutions, including forests, represent 30% of climate action by 2030. That statement from civil society can be found here. Today, Graham said, “endorsers of the Katowice declaration on forests should work together to turn their words into action in 2019, including at the climate summit hosted by UN Secretary General Guterres in September. Now is the time for concrete measures.”

Delivering a low-carbon economy that creates prosperity in a changing world requires bringing together the best ideas with practical insights about how the world works. To do that, Climate Advisers works to advance policy and politics simultaneously. We craft innovative policy and conduct transformative analysis. We reenergize static conversations with new ideas, information and strategies to produce high-impact results.